The pumping station in Den Helder, called ‘Helsdeur’, pumps water from the Noordhollands Kanaal into the Wadden Sea. Due to salt water leakage from the nearby shipping lock, the area in front of the pumping station slowly becomes brackish over time. Rijkswaterstaat is interested to know how fast the salinity changes before, during and after pumping. Aqua Vision deployed multiple multisensor probes at different locations and depths in order to monitor the salinity changes. Also, the RiverBoat was used to measure the exact discharge of the pumping station. Results clearly show the flushing of the salt water by the pumping, and the build-up of salinity afterwards. 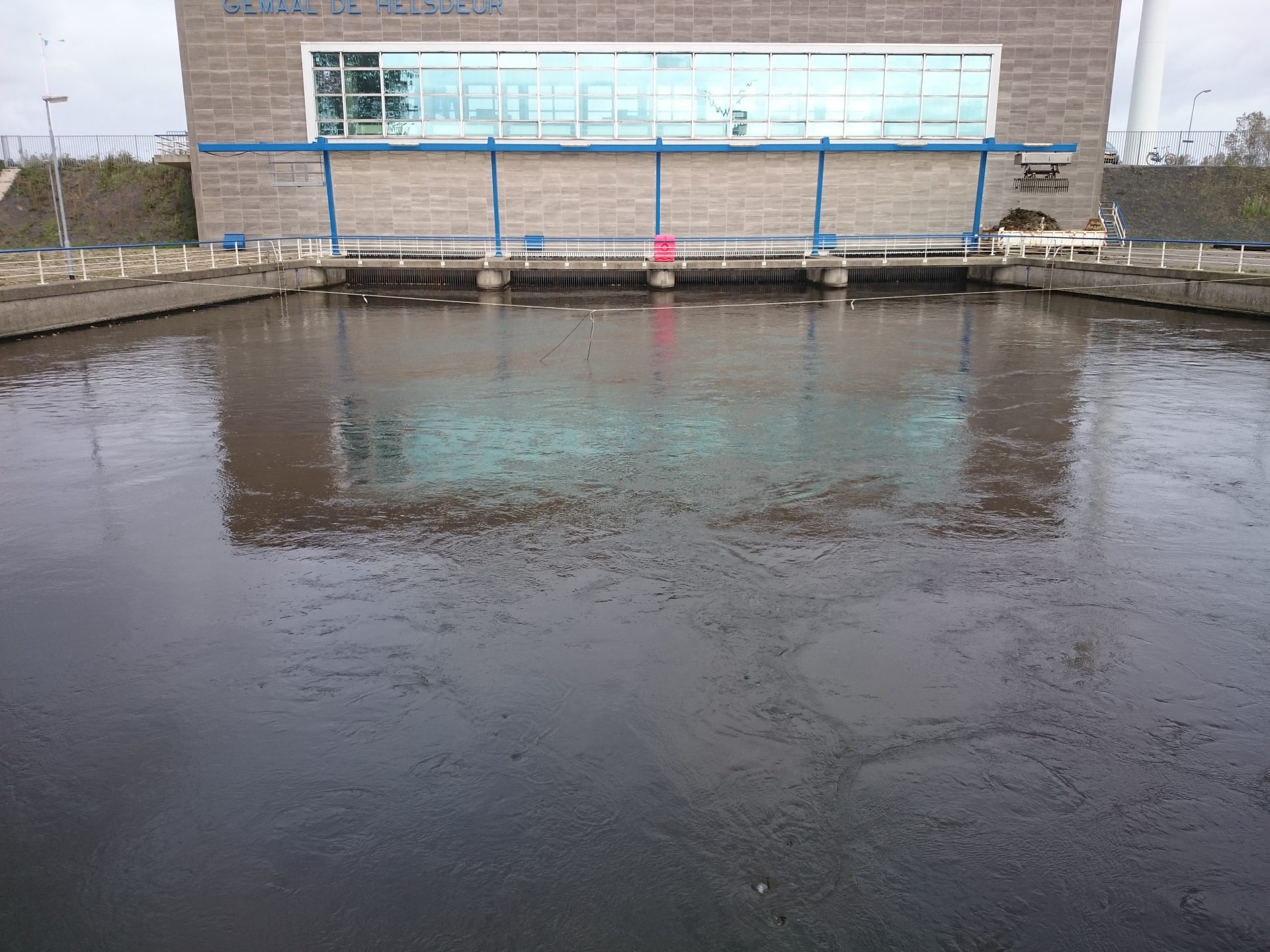