Aqua Vision carried out current measurements in the Bay of Guanabara (Rio de Janeiro – Brazil). The survey was carried out at several locations, whereby the entire water column was measured. A RiverRay (600 kHz) was attached alongside the survey vessel for the measurements. The RiverRay automatically adjusts its cell size as a function of water depth, an important advantage in locations with a changing bathymetry. The results will be used to validate a numerical model of the bay. The model will subsequently be used as input for a ship simulator, to train Brazilian maritime pilots. Communication is via Bluetooth and the whole system is operational within minutes.
The survey results indicate a higher spatial and temporal variation in current patterns than expected. 3D current patterns were clearly visible. 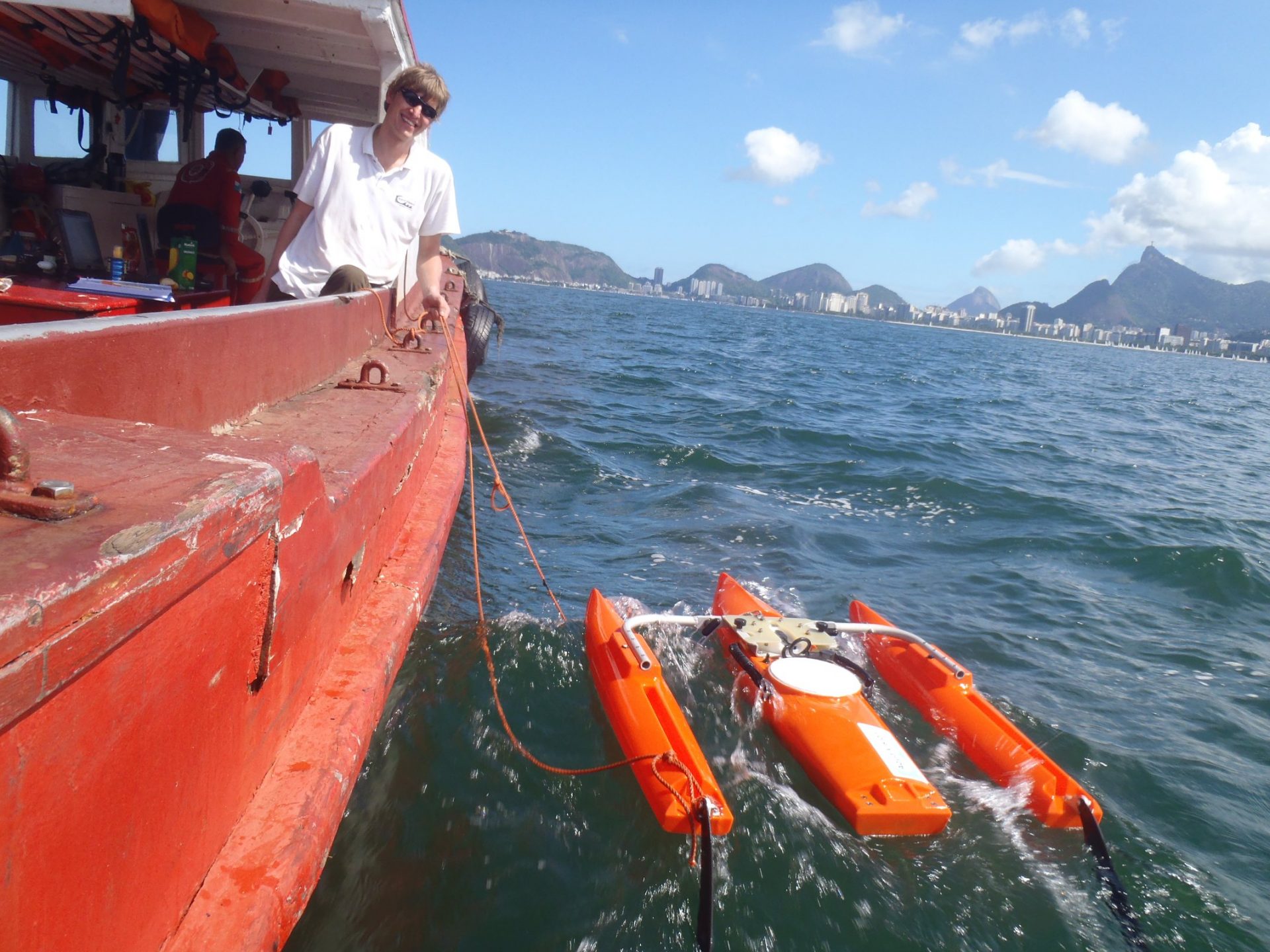