Bathymetry and discharge measurements in tidal area the Zwin

The Zwin is a tidally influenced nature reserve in the southwest of the Netherlands, bordering Belgium. Due to flood-dominant currents, siltation occurs in the Zwin inlet channel. One of the mitigating measures to prevent further siltation is to increase the tidal prism of the Zwin area (volume of tidal waters flowing in and out). As a result, the backwater area of the Zwin is enlarged by means of construction /dredging works.

In February, July and December 2017, Aqua Vision surveyed the bathymetry and discharge of the Zwin tidal creek to investigate the effects of the construction works. For these survey works the new Q-boat 1800RP, equipped with the RiverPro ADCP and RTK-GPS, was used. The radio controlled Q-boat proved to be very suitable for simultaneously acquire discharge, current velocities and bathymetry information in the shallow main channel and smaller connected creeks of the Zwin. 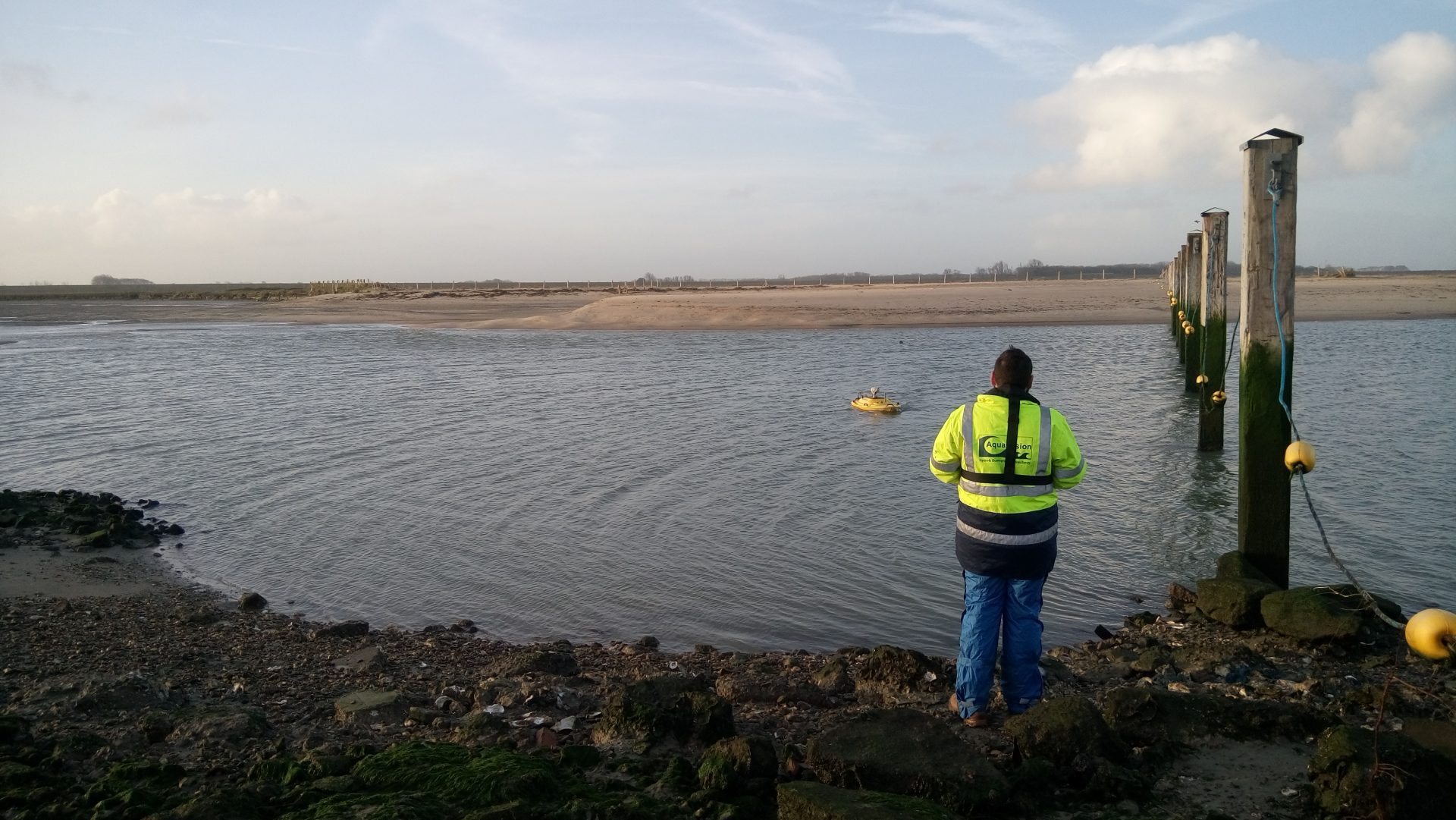